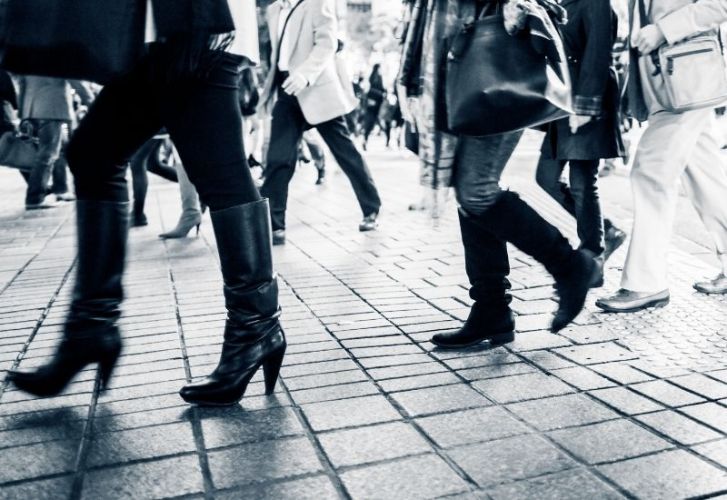 While the ‘return to the office’ gathered pace at the beginning of September, following the end of the school holidays, the average number of UK office workers returning to their desks was still below 20% for the week commencing 6th September, according to the latest return figures from Remit Consulting.

Since May 2021, the management consultant has been analysing the number of office-based workers attending the workplace on a daily basis, using data supplied by building and property managers from automatic turnstiles in over 150 major office buildings around the UK to assess the number of people entering offices as a percentage of the capacity for each building.

For the week commencing Monday 6th September the statistics reveal that, nationally, the volume of office workers attending their place of work rose to 16.4%, an increase of 5.1 percentage points when compared to the previous week (11.3%).

The research identified geographical variations in the numbers across the country and also confirmed the trend for Tuesdays, Wednesdays and Thursdays to be the most popular days to be in the office.

Similar patterns of behaviour were recorded in Belfast, Birmingham, Bristol and Leeds. Monday in Cardiff was the most popular day to be in the office, while in Newcastle it was Friday.

Edinburgh and Glasgow, where the working from home guidance remains in force, remain the two cities in the study where office occupancy has been the slowest to recover. The average number of staff at their desks for Glasgow only reached 6.9% last week, up from 5.9% in the previous week, while the figure for Edinburgh reached 12.4%, slightly down on the previous week (12.6%).

Remit Consulting's Lorna Landells said: "The Return data involves buildings with a capacity for around 210,000 members of staff. This means that the average increase of 5.1 percentage points represents nearly 11,000 more people working in the office last week, rather than remotely, compared to the final week of August. This is clearly good news, particularly from those city centre retail and food operators who rely heavily on the passing trade of office workers. In reality though, we are still a long way short of what was considered normal prior to the pandemic, and it seems that ‘back to school’ has not yet been reflected by ‘back to the office’.

“The long-term impact on the way that offices are used, and how much office space businesses will require in the future, remains uncertain. It has been suggested by some observers that businesses may need to adapt their office properties to make them more suitable for a hybrid style of working and that it is possible that businesses will need more space. There is some anecdotal evidence of this, with a number of building managers reporting last week that tenants have been enquiring about additional space.

“There are also reports from operators of co-working space that suggest that shared spaces for team meetings and staff events are in higher demand than before,” she added.

The Return Report is supported by the British Property Federation and the Property Advisors Forum, and the data is supplied by many of the country's largest firms of property managers.