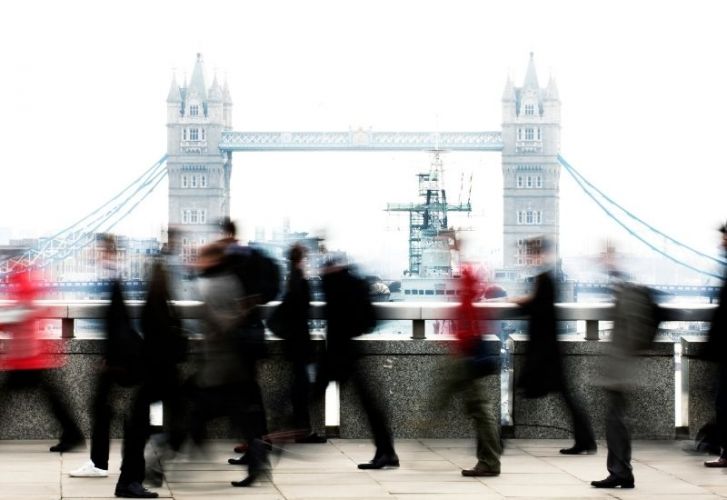 The average levels of office occupancy in London’s West End have exceeded 30% during November, despite dipping to 28.5% in the week ending Friday 26th November, according to the latest research published by Remit Consulting, these are the highest monthly figures seen since the start of the study.

"Since the lockdown restrictions began to ease, the West End has consistently seen the highest number of office-based staff returning to their desks, and it is good news that, on average, such a high proportion of staff are choosing to be in the office," said Lorna Landells of Remit Consulting.

In addition to the West End, the core submarkets, except for Midtown, have also seen rises in office occupancy over the four-week period compared to October.

For the week ending 26th November, Docklands saw an average office occupancy of 31.6%, the highest average weekly figure recorded in this key submarket since the start of the survey in May. In The City, the figure was 23.2% for the week ending 26th November, while in Midtown the figure was stable at 13.5%. The overall weekly average for the capital stood at 24.8%, one-and-a-half percentage points higher than the national average of 23.3%.

Once again, Remit Consulting’s research also confirms the preference of office workers to be in the office on Tuesdays, Wednesdays, and Thursdays, with Mondays and Fridays being the quietest days of the week – a pattern that is repeated across the country.

“While the West End is leading the return to work, the overall picture is one of fluctuations and there are clear differences across London and nationally," observed Lorna Landells.

“The emergence of the highly transmissible Omicron variant and the increased restrictions imposed in the UK, including people being urged to work from home in Northern Ireland, demonstrates how quickly the Covid situation can change and further instability in the occupancy rate of offices must be expected.

“There are already some stark contrasts in the market, with some office properties consistently seeing high occupation levels, while others remain relatively empty. This polarisation is likely to be due to the variations in policies and attitudes towards remote working practices.

“The data suggests that, even before the emergence of the new Covid variant, many businesses were either encouraging or allowing staff to be in the office once, twice, or three times per week. It appears that a flexible approach to the situation is prevalent, with firms and individuals experimenting with hybrid models involving a mix of remote and office-based working.

“If this becomes a long-term trend, we may see a reduction in the amount of office space needed by businesses, as many predict - which could impact the fabric of our towns and cities,” she added.